Available now.. the craziest Alfa Romeo GTV build on the market.
This is an open checkbook Alfaholics GTAM custom build with over 200k invested.

This 1971 Alfa Romeo GTV coupe was modified during a five-year Autodelta GTAm-style build by
The Sports Car Shop/Vintage Underground in Eugene, Oregon that was commissioned in 2014 by its previous owner.
Power is from a 2.0-liter Alfaholics twin-spark inline-four paired with a Quaife sequential six-speed manual gearbox,
and the car features widened bodywork over a black interior with vintage racing-style seats.
Additional features include velocity-stack fuel injection, AEM Infinity engine management, and a fiberglass
dash as well as Alfaholics GTA brakes, suspension, and magnesium wheels.
This GTAm tribute is offered by the selling dealer with build receipts and a clean Florida title.

The body was disassembled, the floorpans replaced, and front and rear fender flares added before being finished in its current dark blue.
Additional details include shaved bumpers and side markers as well as a black mesh grille and yellow inboard driving lights.
Chips can be seen on the hood, roof, and lower bodywork, and the selling dealer notes several scratches, cracks, and dings.

An Alfaholics GTA Corsa bucket seat is equipped for the driver along with a Stradale model for the front passenger,
with both mounted on angled runners. Lap belts are fitted for the front seats and rear bench.
The headliner has been removed and the ceiling finished in body color.
A reproduction Hellebore steering wheel sits in front of a fiberglass dash.

The 2.0-liter twin-cam inline-four features a twin-plug cylinder head with oversized valves, electronic fuel injection with four individual intake runners, electronic ignition with coils for each cylinder, and an AEM Infinity engine management system. The seller states that the engine was sourced from Alfaholics, while installation was performed by The Sports Car Shop in coordination with Garage 808 of Eugene, Oregon. An oil change was performed in preparation for the sale and a compression test performed.

The Quaife sequential manual transmission features six straight-cut forward gears plus reverse and directs power to the rear wheels. Stainless exhaust pipes are routed over the rear axle to accommodate the lower ride height.A 25-gallon ATL fuel cell is mounted in place of the stock tank, and the engine is tuned to run on 93-octane gasoline.

Build receipts approximately $133k in work from Vintage Underground of Eugene, Oregon, and a driving video can be viewed below.
Build Highlights Include

Do not miss the video below which has in car drive by and start up. 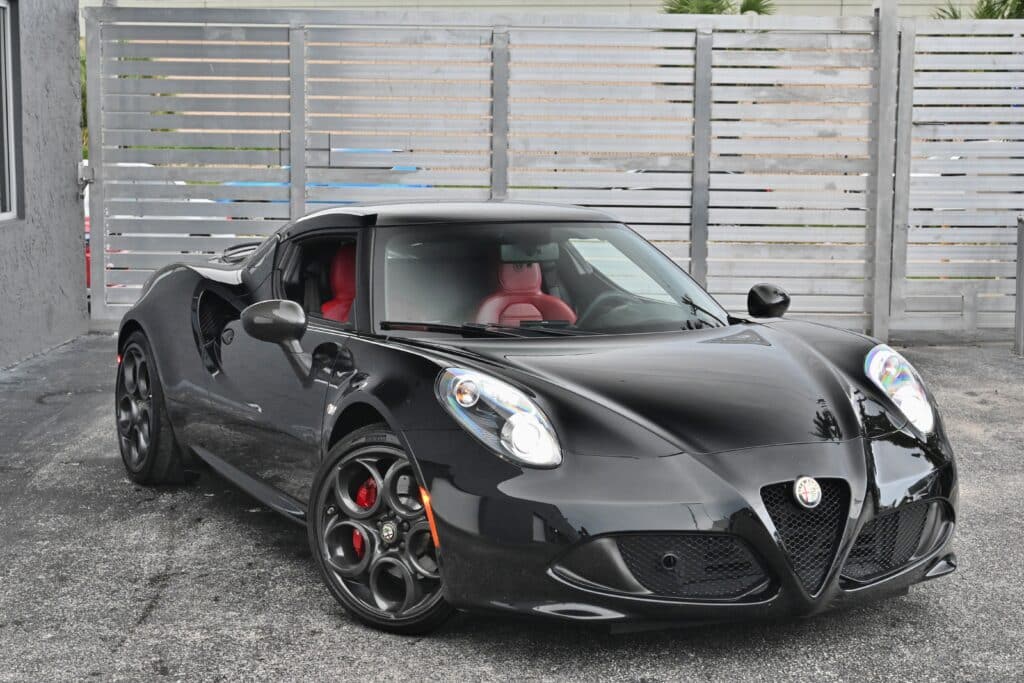