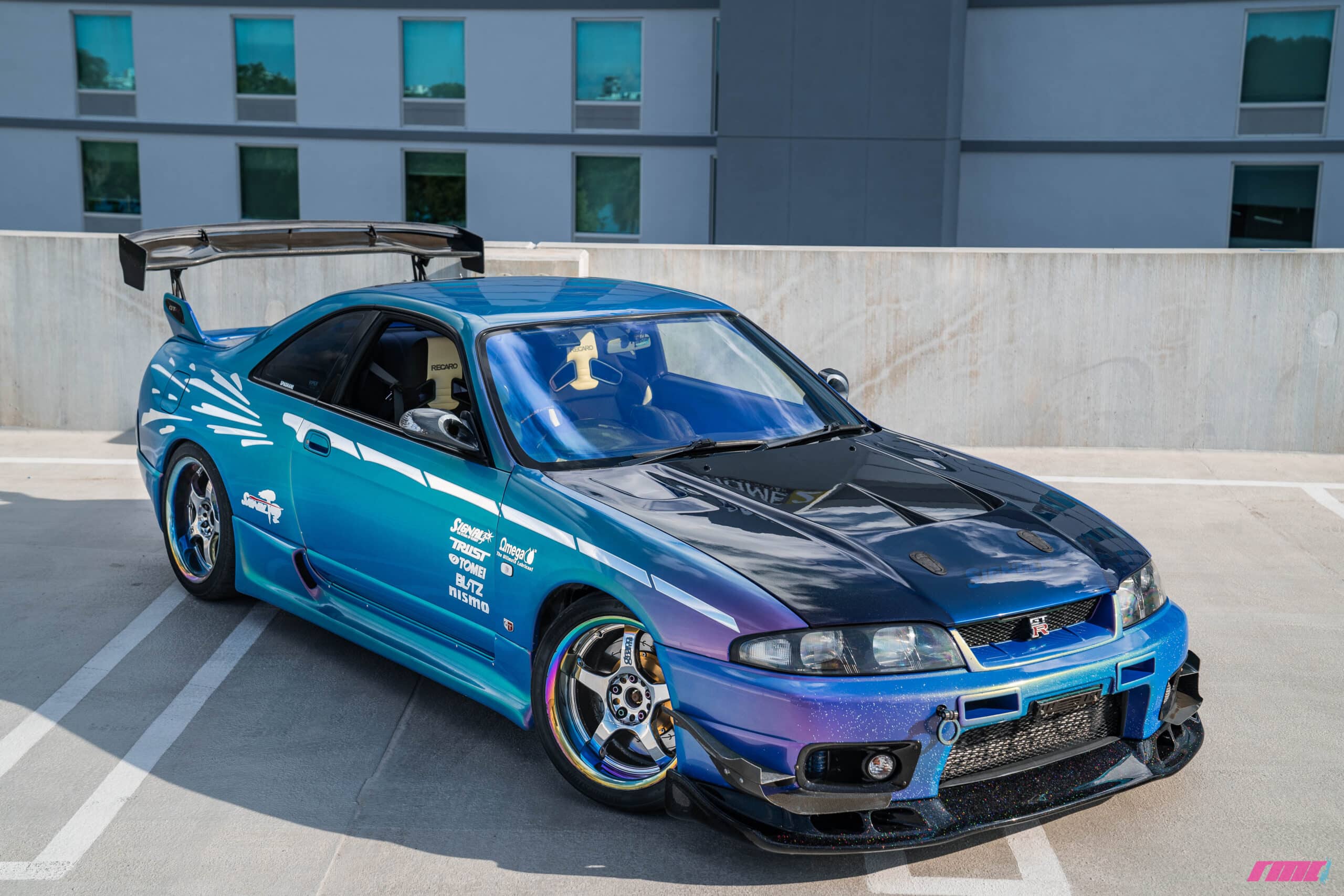 Starting life as a Midnight purple V-spec R33 this was a tool created for high speed enjoyability from the city of Osaka. Imagined with a sense of style & haste this is much more then just a car. Honing an aura that can only rise from deep tuning philosophies. “Mujura” Maziora Andromeda, the suit of armor designed to stun bystanders under the lights of Japan’s motorways.The Signal Automotive BNR33 GT-R. Designed by Kousuke “MAD” Kida himself, the JDM all-wheel drive sports car aspired to new levels of balance. He was a child of speed as told by those close to him, and that enthusiasm was accentuated through his work. That passion can be seen & felt on the Signal Auto R33 using a blend of parts from the best tuners in Japan. With a rich history in Nissan-specific fanfare, it was a matter of importance that this car carry the infamous noise created by the RB26 powerplant during periods of spirited dashes. The noise was not only retained but enhanced with top tier engine upgrades such a Nismo GT RRR engine block, HKS 2.8L w/step 2 V-cam, & the snails of course; Trust GT3RS turbos (yes, two of them). While single turbine setups have their advantages, a twin-turbo not only provides an incredibly linear rate of acceleration but allows the user to hear less gate and more engine/turbo sound… That is a factor considered from the early design stages with consideration that the motor would eventually become the RB28. This machine is a master of disguise given that most enthusiasts based in the states tend to discount a tuned vehicle’s ability if it displays a sense of high, auto salon style. The “All show no go” mantra tends to be thrown around. This is a part of Signal Auto’s philosophy as Kida grew up doing various body work growing into a big fan of high-quality paints. It’s with this, that it’s a fair assumption that the tuner became known for their presentative style. This beautiful Skyline GT-R then speaks a plethora of languages both in design and ability and is a placeholder in the deep history of Japanese automotive tuning.

“What you love to do, you will learn to do well” – Japanese Proverb. The beauty of experience is the creation of attestation. Under a warm moon and the lights of Miami, the iconic Skyline would make its way onto the desolate freeways of the night. Mounted with Floridian number plates, this would be the very first American outing for the foreign sports car. While the engine, transmission and fluids would make their way to optimum temperatures, I would use voice dictation on my mobile phone to search for a late-night meal. Once decided and with the maps set, it was time for a brisk drive. The noise is the very first attribute of this car to raise my senses. Such a tasteful rhythm the RB28 creates. The efficiency over the factory iteration of the powerplant can certainly be heard, let alone felt. During normal driving, it was hard to move past the notion that this was a demo car from one of Japan’s greatest. It was so easy to maneuver, brake and operate the clutch. So much so that it took a peer into the side view mirrors to realize the machine in which I was operating. However, once clearing the final stop light to the connecting bridge which would lead me to the open freeway; the R33 was gone like the wind. Boy did she move. Accelerating to the end of the dial brought a realization of the coupe’s extreme stability provided by Quantum Racing via a set of 2-way adjustable coil-overs. It was amazing the way imperfections on the road were absorbed, particularly at ultimate speeds. The agility was eye-opening. No need to drop into lower gears at sections that usually commanded it. Late braking was not a challenge thanks an Endless BBK, one that retained a certain coolness attributed to proper materials and ducting. The brakes were the last thing I was to touch before my meal and a nice cool down for the color shifting 4th generation Skyline GT-R. Walking out with a full belly and toothpick, I inspected and took a moment to appreciate the car. Noting the few battle scars, and what the nights fight must have been like when they were created. The rock chips on the front bumper cover were a characteristic commonly found on ex-Wangan battle machines.

It was famously noted by journalist Herbert Casson that “Every winner has scars”. A champion indeed. 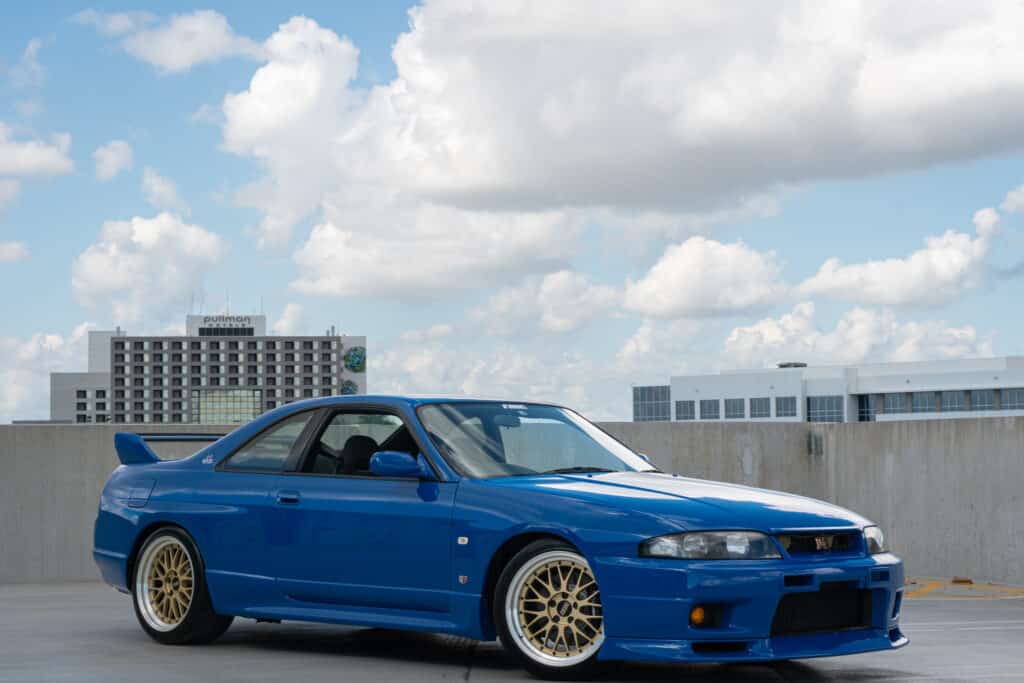 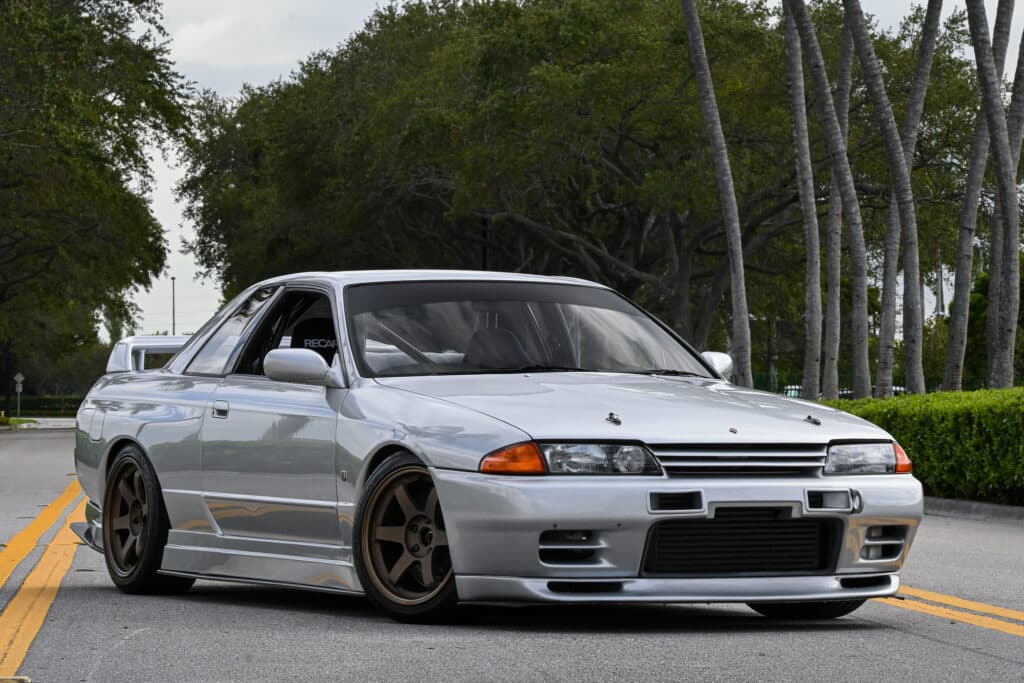