Available now is this one of a kind JDM Mitsubishi Galant Vr4. This show car has been fully customized from top to bottom in Japan and is an absolute neck turner. We recently imported this car from Japan with all federal documents federally legalized and with now a clean Florida Title. Starting obviously visually the car has a one off widebody kit with a GTR style rear spoiler which makes the aerodynamics of the car look fantastic. The hood is a top secret vented hood. The super Vr4 version was made one year only in 1990. With six WRC victories under its belt, this car paved the way for the enormously successful Lancer Evolution series with which it shares much of its potent and sophisticated drivetrain. Rally Suspension provides the ride height and balance for cornering on our VR4 The pearl metallic paint looks phenomenal, at night under different lighting it has almost a purple hue to it. The period correct deep dish 2 piece racing hart wheels are in excellent shape and fitment is aggressive without any rubbing. There is no major dents dings or scratches on the body to note. The bottom of the car is as clean as the top as seen in the photos provided below.

Interior has been fully modified. Front carbon bucket seats with custom Super Vr4 insignias replace the factory front seats. Front seats have green Takata harnesses with 4 point belts. The rear seats have been deleted with a carbon Kevlar setup that looks absolutely stunning. The center console has been fitted with 2 start sequence switches, one for ACC and one for fuel and ignition. Next to the cigarettes lighter is a autometer volt gauge. The gauges by the starting switches are autometer as well one for fuel level and the other for fuel pressure. The factory cluster still works, the odometer was set to 0 at time of build there’s about 100k KM on the chassis and 11k km on the build. On the center of the dashboard a gauge pod hold 3 other autometer gauges for water temperature, oil temperature, and oil pressure. On the right of the original cluster is a large blitz boost gauge. All the gauges mentioned function as they should and read accurately. The 8 point roll cage is wrapped in blue foam and gives the car a stiffer more rigid feel for driving in the turns or twists. In the trunk an elaborate fuel setup was custom fabricated for the car. A 5 gallon fuel cell was mid mounted, a surge tank accompanied it and everything is AN fitted to ensure no leaks. To the left on the passenger side is a custom carbon box to hold tools, and to the right another custom carbon box keeping the battery perfectly enclosed.

This was a fairly sophisticated car for the time, with semi-active suspension, four wheel steering and a modern four wheel drive system. Pop open the hood and the engine bay is incredible. There are so many little details that usually go unnoticed. A custom carbon box was made for the intake on the passenger side, Carbon fiber Kansei service valve cover, custom catch can with AN fittings, and a carbon Kevlar mount for coil on plug setup to name a few. Strut towers are rust free and show nicely, below there are Cusco camber adjustment plates. A carbon fiber strut bar was added for furthering the rigidness of the chassis. The 4G63 engine has been balanced and blueprinted as of 11k kilometers ago silent shaft full balance crank full balance and Evo 2 pistons 1mm over factory specs. Cams have been upgraded to HKS and a larger intercooler was mounted. The turbo is a T05 good for around 400Horsepower respectively. Manifold going to the turbo was heat wrapped to insure cooler air temps. Currently the car is running on wastegate pressure and would need a boost controller if you want to mess with power. The 5 speed transmission paired to the motor shift smoothly in every gear except for 2nd. If you engage 2nd in a low rpm there’s no issue but anything higher and you can hear a slight grind. Once in gear the car still pulls normally so most likely it is a synchro. The atmospheric blow off valve is very period correct and sounds awesome when you row through the gears. The bottom of the car is super clean and looks just as nice as the top which is particularly rare.

Its clear that this was an open wallet very crazy build back in its day. This car could easily sit at any Tokyo Auto Salon event or SEMA and demand tons of attention wherever it goes.

We also speak Español
Can Ship (Insured) Anywhere Worldwide if Needed.
Located in Miami, Florida 33126
Financing Available with Approved Credit
Trades Always Welcomed (UP or DOWN) 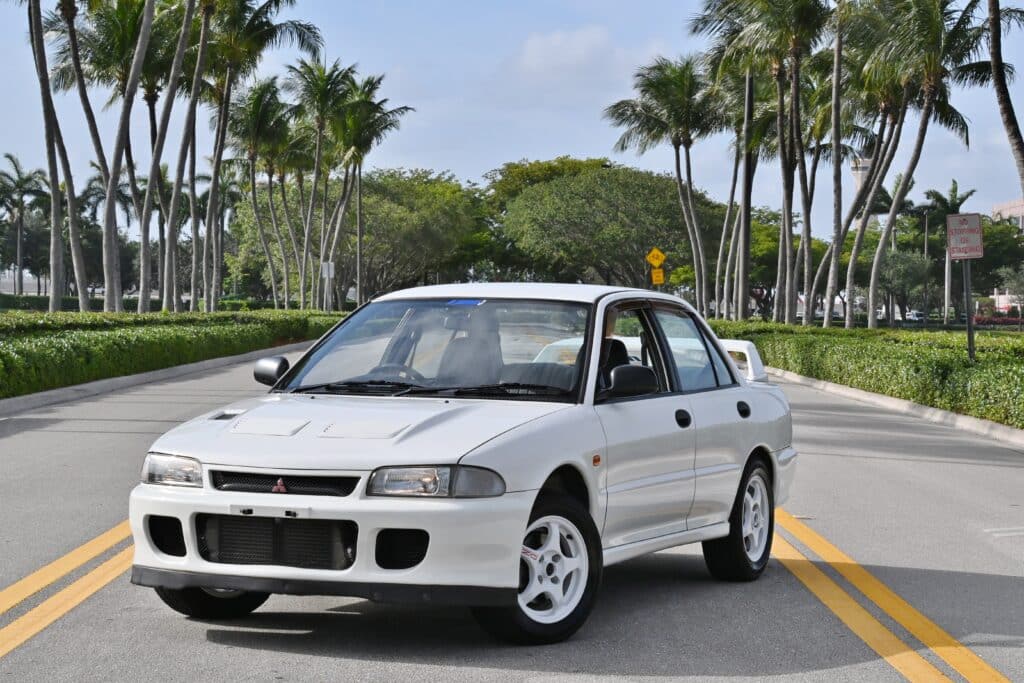 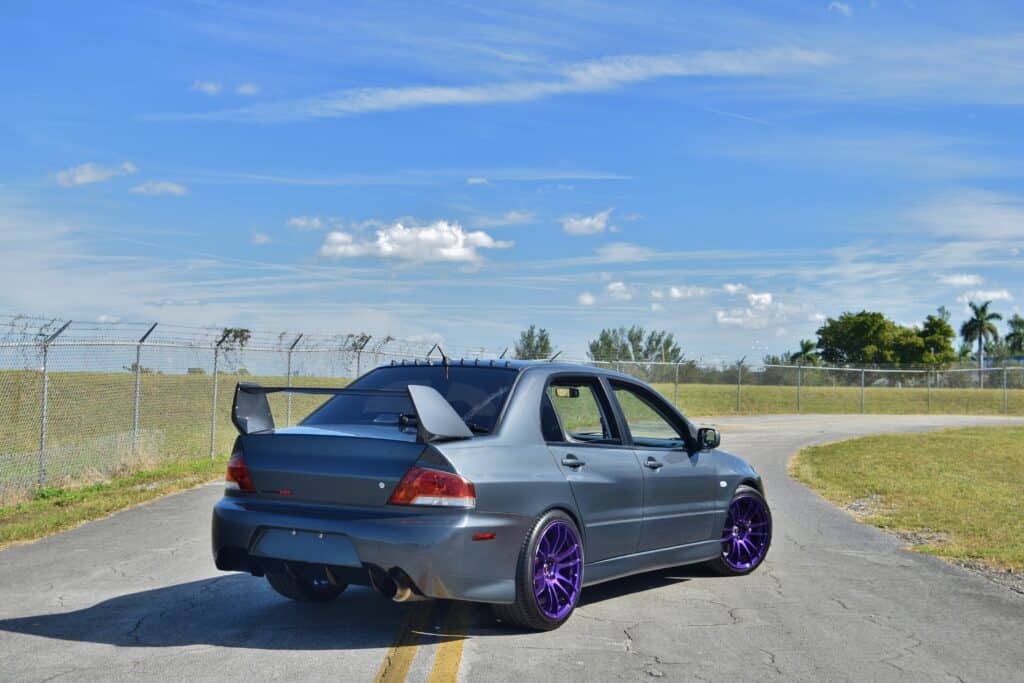