Being one of the fastest Naturally Aspirated RWB’s ever built, this maybe the most radical one to hit the market yet. Recently imported from Japan this car is quite the build, competing in various race series through out japan from sprint to endurance this 911 is like no other, a true purpose built RWB.

Originally built by Akira Nakai in japan circa 2008 from a extremely straight 92′ C2 this car has undergone quite the transformation.
Starting with the exterior it has received Nakai’s full kit, including a full carbon roof, rwb hood and doors. Full lexan replacements along with rwb quarter windows which can be plumbed to any area.
Painted in menacing flat green it looks and sounds all business. Still sporting some of its more important tech inspections and proper livery it still presents beautifully considering it’s never been repainted since its conversion showing its been properly driven but no major damage.

A full RSR drivetrain compliments its aggressive looks which usually is not the case with rwb’s. Sorted from Freisinger motorsport they are well known for some of the rarest Porsche race parts worldwide, The previous owner opted to go with the 964 3.8 RSR race version mated to a 993 RSR close-ratio 6 speed.Brutally fast, noises.. it makes them all. Hand made 6-1 equals length Japanese race headers make a note unlike anything we’ve ever heard, RSR intake induction and straight gears come together for one hell of a ride.
Most recently it had a couple of stints at homestead in where the car performed exactly as intended and showcased it ability to outperform 90% of the field and will do much better with a capable driver and seat time.

Aragosta race coilovers, 964 turbo brakes and very wide Work Meister S1 competitions will likely make your guts wrench. Street legal and ready to install a seat on passenger side to take a loved one or not so loved one a hell ride. She does not like traffic but can be readily enjoyed on nice open backroads or midnight blast.

The super aggressive wide-body is menacing looking but at the same time aerodynamic and functional. Our RWB had the fender flares molded for a smooth clean look in addition to many modifications for lightweight purposes.The car features carbon hood, carbon doors and a sunroof delete carbon roof. Nascar style polycarbonate windows are on both doors with sliders.
Quarter windows have been modified for better airflow in the cabin. Wheels pictured are Super wide 3 piece Work Meister S1 competition also available
are SSR wheels for purchasers choice. Suspension has been upgraded to Aragosta coil overs enhancing cornering ability and driver feel.

Most RWBs you see today are bolt on fenders wheels and suspension with a stock or OEM plus engine and not much performance. Our RWB is not of this variety,
This 964 received a 3.8L RSR Motor supplied by Freisinger motorsport who has been in the Porsche racing scene since the 1960s. Engine was supplied in 2008,
features hand made custom equal length headers made in Japan by MOMO. Transmission is out of the 993 RSR which is a 6 speed close ratio manual.
Needless to say the car is an absolute monster, the car sounds like nothing driving on the street today.

The Interior of the car has been lightened up no carpets no sound deadening, one Recaro Spa pro-fi fixed seat with carbon kevlar hardback. The passenger seat has been
removed but one can still be installed if new purchaser opts for it. The door cards have been replaced with carbon lightweight RS style with door pulls.
A MOMO mod7 with a extremely rare supercup horn button, quick release hub. steering wheel has been added with removeable hub as well as TAKATA seat belt harness and multi point roll cage.

WATCH THE CAR IN THE VIDEO BELOW 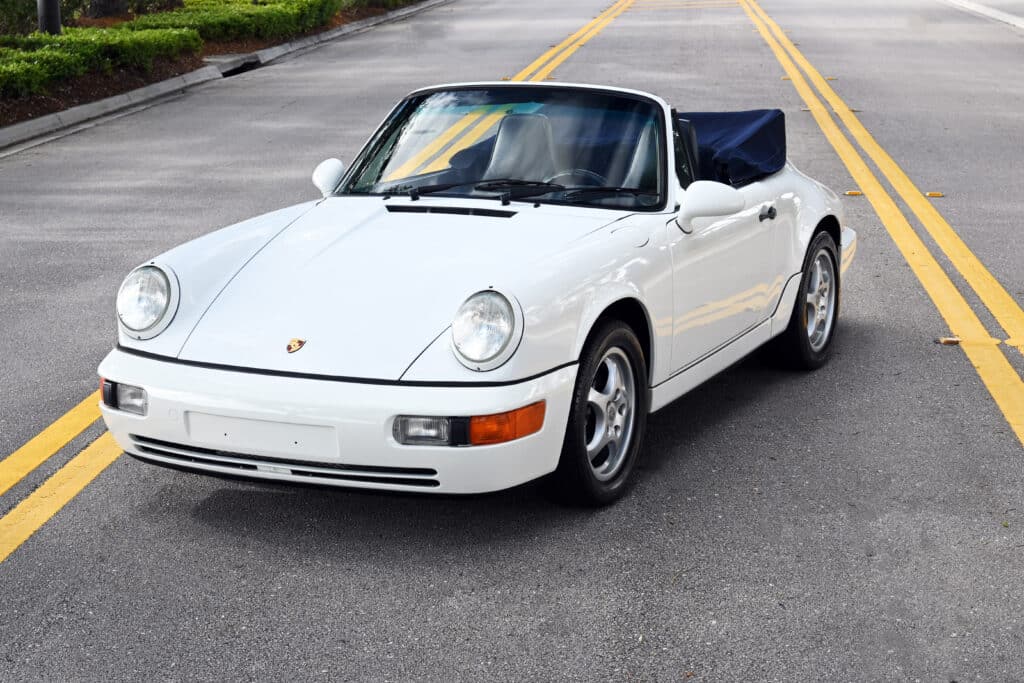 This rare and hard to find 1993 Carrera 2 is now available for sale.  As the fi 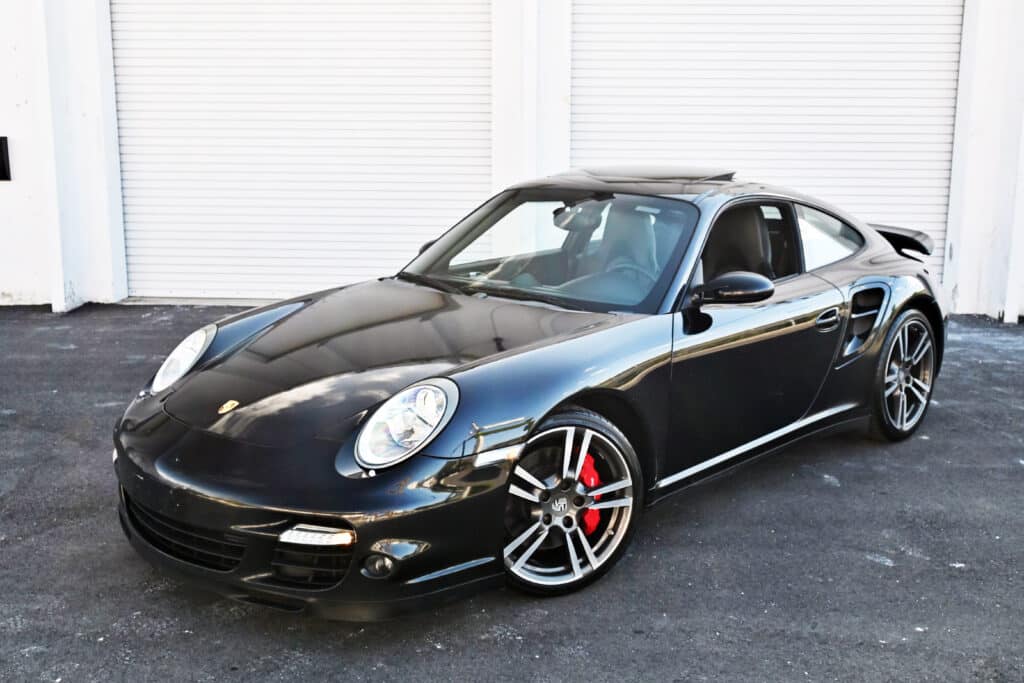